Doris Salcedo has been selected by an independent, international jury as the first winner of the annual Nomura Art Award. The largest cash prize in contemporary visual arts, the Nomura Art Award is presented to an artist who has created a body of work with major cultural significance, enabling the winner to take on new challenges and embrace change. The USD 1 million prize may be used in whole or in part to support an ambitious new project that the winner did not previously have the means to realize.

Doris Salcedo was born in 1958 in Bogotá, Colombia, where she lives and works. Her sculptures and installations function as political and mental archaeology, carving out a space for mourning that is both poignant and insistent. “My work is about the memory of experience, which is always vanishing, not about experiences taken from life,” she has said. Her series “La Casa Viuda” (“The Widowed House,” 1992–95), for example, combines furniture, textiles, and clothing, all well-worn and charged with meaning from decades of experience, which are directly connected to instances of personal and political tragedy.

Often referencing a specific historical event, Salcedo’s work conveys the burden of conflict with precise and economical means. In the performance work Noviembre 6 y 7 (November 6 and 7, 2002), for example, which marked the 17th anniversary of the violent occupation of the Supreme Court building in Bogotá in 1985, simple wooden chairs were lowered against the façade of the Palace of Justice over a period of 53 hours—the duration of the original siege. More recently, following the negative result of a referendum in Colombia that called for an end to nearly 60 years of civil war, Salcedo created the work Sumando Ausencias (Adding Absences, 2016) in collaboration with the Museo de la Universidad Nacional. Taking the form of a banner or shroud and measuring 7,000 meters in length, the work lists the names of civil war victims written in ash. Salcedo worked with volunteers in Bogotá’s main square, Plaza Bolívar, over a period of 12 hours to sew this monumental work together, which once finished covered the entire area. Despite its large scale, however, the work named a mere 0.7 percent of the war’s victims. The “Plegaria Muda” (“Silent Prayer,” 2008–10) series also makes reference to the “absent” body through pairs of hand-crafted wood tables, set face to face, sprouting delicate blades of grass. Installed as a group, this assemblage of forms—each approximately the size of a coffin—recalls an abandoned graveyard. Although begun after research into gang violence in Los Angeles, it was inspired, in part, by the thousands of “missing” civilians in Colombia who are killed and then passed off as casualties of guerrilla warfare. The artist’s one permanently installed public artwork in Colombia, Fragmentos (2018), acts as a foundation for a contemporary art space in Bogotá dedicated to memory. The work is made from weapons handed over by former guerrillas as part of a peace agreement, then molded into floor tiles in collaboration with women who were abused during the conflict.

Salcedo has also focused on more general subject matter, creating works such as Untitled (2003) in Istanbul, where 1,550 wooden chairs precariously filled an empty lot between two buildings in the center of the city, or Abyss (2005) at the Castello di Rivoli, Turin, where she created a sense of entombment by subtly extending the bricks of the vaulted ceiling into the exhibition space. Likewise, the major installation Shibboleth, created for the 2007 Unilever commission at Tate Modern, consisted of a spatial or architectural intervention: a deep chasm cut into the floor along the entire length of the museum’s Turbine Hall. Physically disrupting the movement of visitors and literally consisting of a “void”—manifested through a process of deconstruction rather than construction—the installation highlighted notions of exclusion, separation and otherness.

The recent, major installation Palimpsest (2013–17) deals with the subject of Europe’s migrant crisis. Produced initially for the Palacio de Cristal, Centro de Arte Museo Reina Sofía in Madrid, it consists of a floor of stone slabs on which the names of 190 migrant victims temporarily and intermittently appear. Creating a constant state of inscription and erasure and transforming the gallery space into a potent and active memorial, the installation calls to mind a “crying” earth, exposing the cycle of life and death and our inability to mourn collectively. 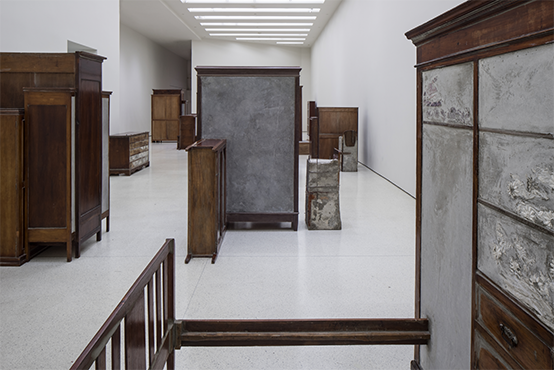 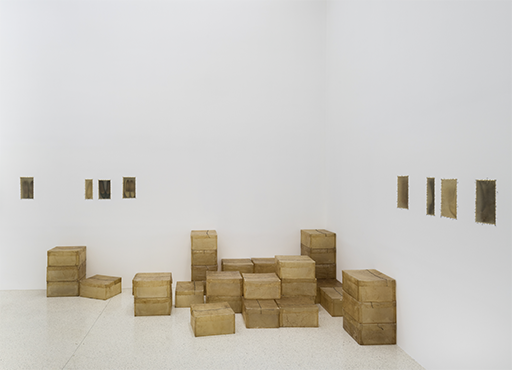 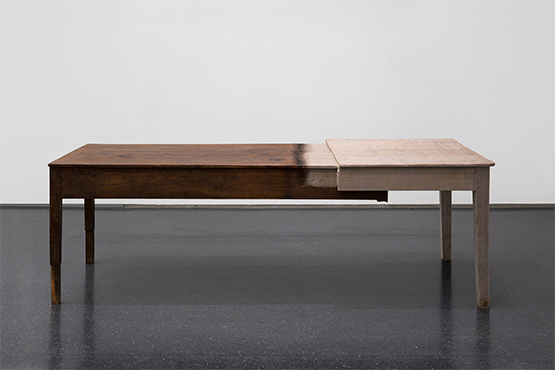 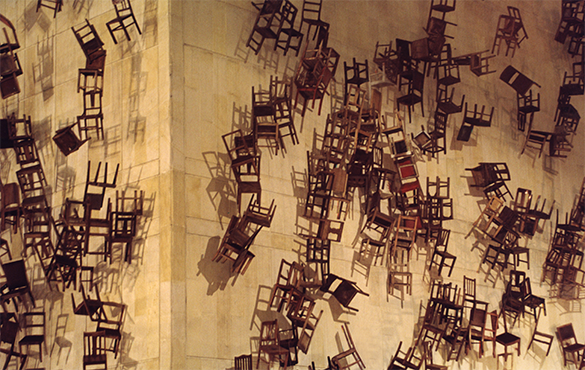 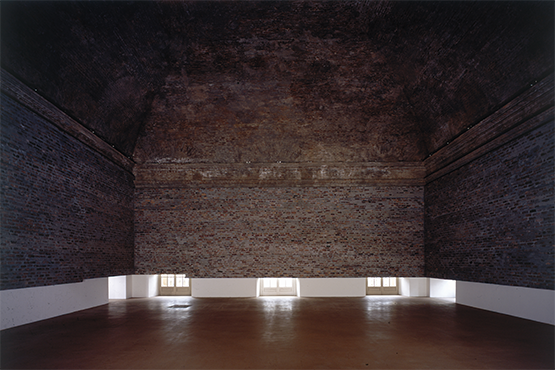 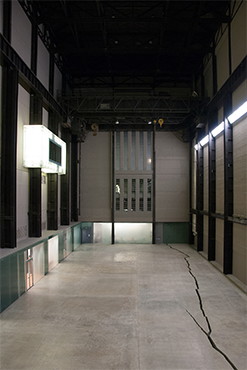 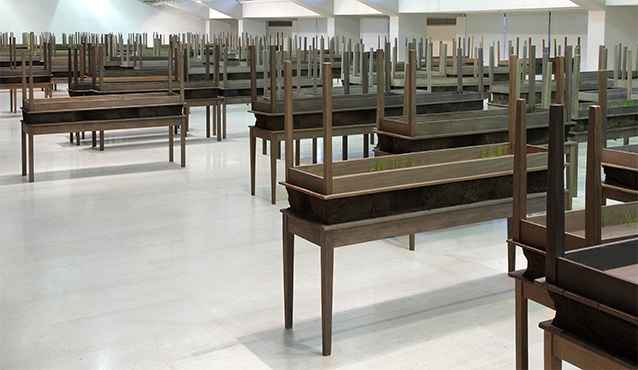 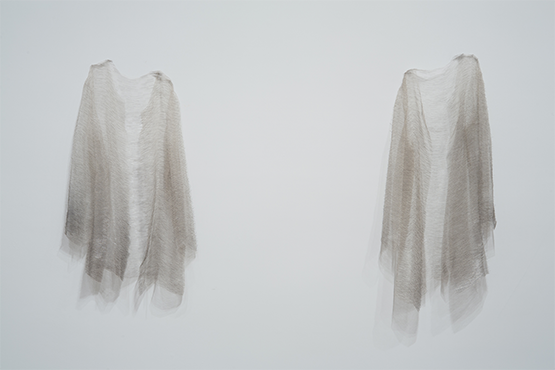 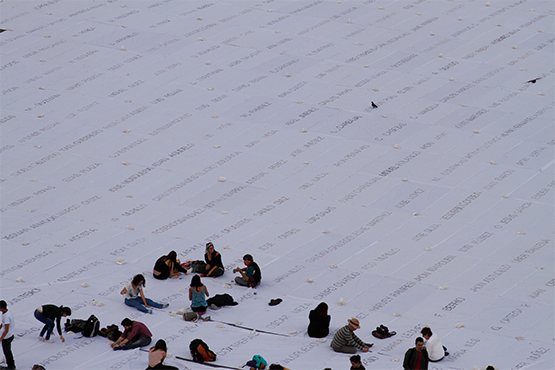 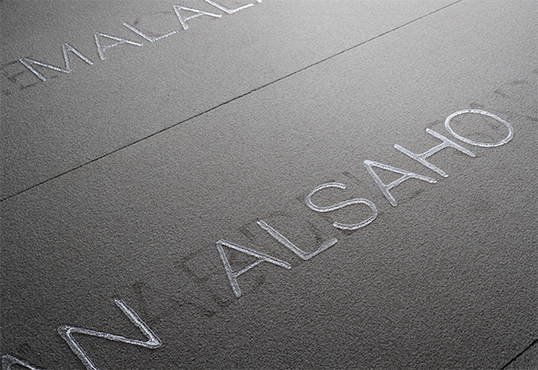 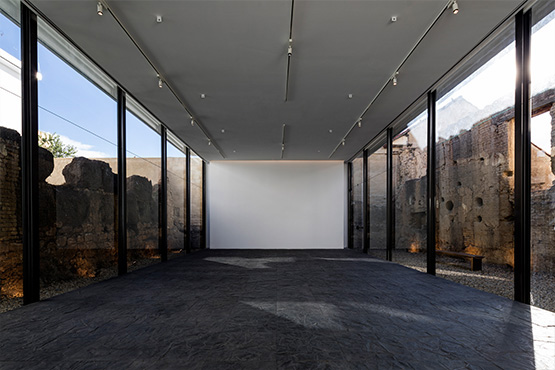 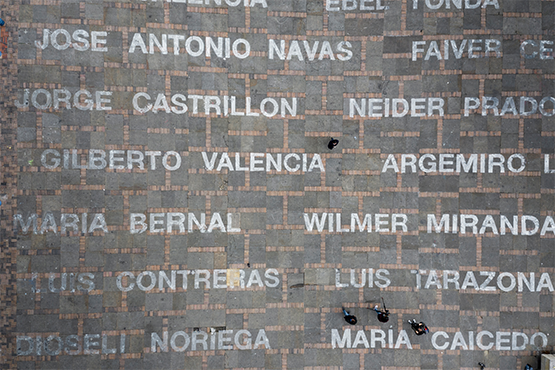