As a leading financial services group, born in the East and at home in the West, Nomura has a long legacy of taking on new challenges and embracing change. Dating back to its founding by Tokushichi Nomura II, an avid practitioner of the tea ceremony and supporter of Noh theater, the company also has a heritage of engagement with the arts.

In this spirit, Nomura is proud to inaugurate the Nomura Art Award in 2019, recognizing and encouraging the outstanding achievements and potential of today’s artists wherever they might live and work.

Nomura will present the Nomura Art Award, with a prize of US$1 million, to an artist who has achieved a body of work of major cultural significance. To help this artist take on new challenges and embrace change, the Award will support the creation of an ambitious new project that the winner did not previously have the means to realize.

In addition, Nomura will also present Emerging Artist Awards of US$100,000 each to two exceptional artists who are still at an early stage in their careers.

Director, The Metropolitan Museum of Art

How the Award is Given

The recipient of the Nomura Art Award is chosen by an independent, international jury made up of some of the world’s most respected museum directors and curators, foundation leaders, and art experts.

Recipients of the Emerging Artist Awards are chosen by the jury from candidates suggested by a team of expert nominators, who remain anonymous to preserve their independence.

No applications are accepted for these Awards, and all decisions by the jury are final.

Art Agency, Partners, a division of Sotheby’s, serves as an advisor to the Award. 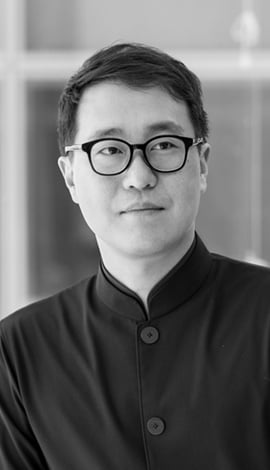 Doryun Chong is Deputy Director, Curatorial and Chief Curator of M+, a new museum of visual culture that will open its Herzog & de Meuron–designed building in 2020, in Hong Kong’s West Kowloon Cultural District. Appointed as the inaugural Chief Curator in 2013, Chong oversees all curatorial activities and programs, including acquisitions, exhibitions, learning and public programs, and digital initiatives encompassing the museum’s three main disciplinary areas of design and architecture, moving image, and visual art. Some of the exhibitions he has curated or co-curated at M+ include “Mobile M+: Live Art” (2015), “Tsang Kin-Wah: The Infinite Nothing, Hong Kong in Venice” (2015), “Samson Young: Songs for Disaster Relief World Tour” (2018), and “Noguchi for Danh Vo: Counterpoint” (2018). Prior to joining M+, Chong worked in various curatorial capacities at the Walker Art Center in Minneapolis (2003–2009) and the Museum of Modern Art, New York (2009–2013). 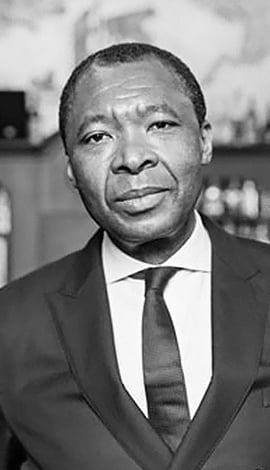 Described by the New York Times as “perhaps the most influential curator of the last quarter century,“ the late Okwui Enwezor was a galvanizing figure in the field of contemporary art and culture, with globally recognized achievements as a curator, critic, publisher, historian, writer, essayist, academic, editor, and public speaker. From 2011 to 2018 Enwezor was the Director and Managing director of Haus der Kunst, Munich. Previously, he served as Dean of Academic Affairs and Senior Vice President of San Francisco Art Institute, as well as adjunct curator in the Department of Modern and Contemporary Art at the Art Institute of Chicago and at the International Center of Photography.

A champion of African and African American art and artists, his curatorial practice and scholarly work were predicated on an expansive view of artistic practice as global, multi-temporal, and transnational. In 1994, Enwezor founded, Nka: Journal of Contemporary African Art, the first recurring publication of its kind in the United States devoted to the critical and art historical analysis of modern and contemporary African art and the work of black artists worldwide.

As the Artistic Director of some of the most lauded and historical global exhibitions such as Documenta 11, 56th Venice Biennial of Art, 2nd Johannesburg Biennial, Gwangju Biennial, La Triennial Paris, and others, his curatorial projects have been at the center of global discussions on contemporary art for more than two decades. His numerous exhibitions include: “Postwar: Art Between the Pacific and Atlantic, 1945-1965,” (co-curated with Katy Siegel and Ulrich Wilmes); “Frank Bowling: Mappa Mundi; ECM: A Cultural Archaeology” (co-curator Markus Mueller); “Rise and Fall of Apartheid: Photography and the Bureaucracy of Everyday Life”; “Archive Fever: Uses of the Document in Contemporary Art”; “The Short Century: Independence and Liberation Movements in Africa, 1945-1994”; “In/Sight: African Photographers, 1940-Present” (Co-Curators, Clare Bell, Danielle Tilkin, Octavio Zaya).

Born in Nigeria and educated in Nigeria and the United States, Enwezor has been honored with numerous prizes, as well as professional and public recognition for his work. Okwui Enwezor passed away on March 15, 2019. 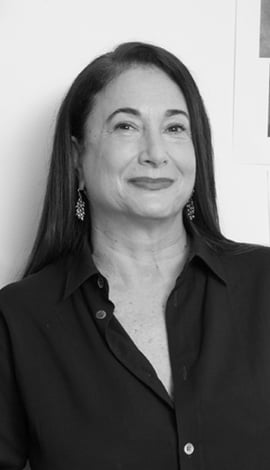 Kathy Halbreich was appointed Executive Director of the Robert Rauschenberg Foundation in November 2018. The foundation’s mission is to enhance the artist’s legacy through exhibitions and scholarship; operate residency programs for artists in Captiva, Florida on Rauschenberg’s 22-acre home and in his former studio in New York City; and strengthen the creative life of artists through its philanthropy program.

Halbreich joined The Museum of Modern Art in the newly created position of Associate Director in February 2008 and was named the first Laurenz Foundation Curator in March 2016. Halbreich focused on curatorial and strategic issues designed to amplify contemporary programs and initiatives at MoMA and PS1, both locally and globally. In 2014, she was the lead curator of “Alibis: Sigmar Polke 1963–2010,” organized with Tate Modern. This was the first major exhibition to include all of the mediums explored by Polke and was one of the largest shows ever organized at MoMA. Halbreich headed the curatorial team for “Bruce Nauman: Disappearing Acts,” a retrospective, co-organized with the Schaulager in Basel, Switzerland, where it premiered in March 2018 before opening at MoMA and MoMA PS1 in the fall.

Prior to joining the Museum, Halbreich served as director of the Walker Art Center for 16 years. During her tenure, the Walker diversified its visitor base, extended its civic and international presence, and broadened its multidisciplinary programming in the visual, performing, and media arts. Under Halbreich’s leadership, the Walker presented many groundbreaking exhibitions, such as those devoted to the artists Chantal Akerman, Joseph Beuys, Bruce Nauman, Hélio Oiticica, and Kara Walker, as well as “How Latitudes Become Form: Art in a Global Age,” which was the result of a three-year partnership with a Global Advisory Committee. Beginning in 1985, Halbreich also organized the exhibition “Against Nature: Contemporary Art in Japan,” with partners in Japan and the United States.

Inducted into the American Association of Museums Centennial Honor Roll, a recipient of the Award for Curatorial Excellence from Bard College, and named a Chevalier of the French Order of Arts and Letters, Halbreich has served as commissioner for North America and Cuba at the Gwangju Biennale (1995) and curatorial advisor for the Carnegie International as well as a member of the Documenta X and Documenta XIII International Committees. She was until this year a board member of the Doris Duke Foundation. 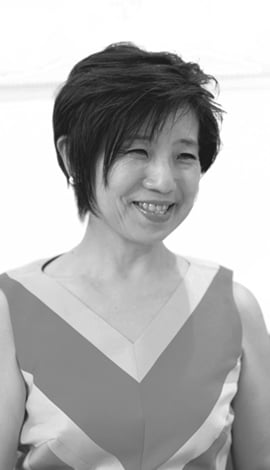 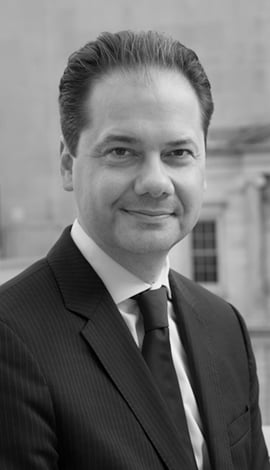 Director, The Metropolitan Museum of Art

Appointed Director of the Metropolitan Museum in April 2018, Max Hollein is responsible for guiding the Museum's artistic vision and all of its programming, research and collection initiatives. An accomplished director for more than fifteen years, Hollein oversees The Met's curatorial, conservation, and scientific departments; exhibition and acquisition activities; education and public outreach; as well as the libraries, digital projects, publications, imaging and design.

Prior to joining The Met, he was the Director and CEO of the Fine Arts Museums of San Francisco, where his tenure was characterized by visionary programming, pioneering acquisitions, and rigorous fiscal management. Previously he simultaneously led the Schirn Kunsthalle, the Städel Museum, and the Liebieghaus in Frankfurt, Germany as Director and CEO, all of which experienced significant growth and increased attendance during his tenure.

Born in Vienna, Hollein studied at the University of Vienna (Master of Art History) and the Vienna University of Economics (Master of Business Administration). He began his career at New York's Guggenheim Museum as Chief of Staff to the Director and six years later assumed his leadership role in Frankfurt. Hollein has published and lectured widely and has organized a number of major exhibitions in modern and contemporary art. He is a member of supervisory and advisory boards of major cultural institutions worldwide, including the State Hermitage Museum, St. Petersburg; National Gallery, Prague; and Neue Galerie, New York. Named a Chevalier of the Ordre des Arts et des Lettres by the French Minister of Culture in 2009, he received the Goethe badge of honor (the Hessian Ministry of Culture's highest accolade) in 2016, among other international awards. Nicholas Serota is Chair of Arts Council England and a member of the Board of the BBC. He was Director of Tate from 1988 to 2017. During this period Tate opened Tate St Ives (1993) and Tate Modern (2000 and extension 2016), redefining the Millbank building as Tate Britain (2000). Tate also broadened its field of interest to include twentieth-century photography, film, performance and occasionally architecture, as well as collecting from Latin America, Asia, the Middle East and Africa. The national role of the Gallery was also developed with the creation of the Plus Tate network of 35 institutions across the UK and Northern Ireland.

Between 1976 and 1988 he was Director of the Whitechapel Art Gallery where he curated numerous exhibitions including “Max Beckmann: The Triptychs” and for Robert Ryman, Carl Andre, Gerhard Richter, Eva Hesse, Anselm Kiefer, Philip Guston, Georg Baselitz and Bruce Nauman. In recent years he has curated or co-curated exhibitions of Donald Judd, Howard Hodgkin, Cy Twombly, Gerhard Richter and “Matisse: The Cut-Outs.”

Nicholas Serota has been a Trustee of the Architecture Foundation and a commissioner on the Commission for Architecture and the Built Environment. He was a member of the Olympic Delivery Authority which was responsible for building the Olympic Park in East London for 2012. Allan Schwartzman is the Founder and Principal, Art Agency Partners and Chairman, Global Fine Arts, Sotheby’s. He brings to the company more than 20 years’ experience advising some of the world’s most influential and sophisticated collectors in forming their holdings of contemporary art, both individually, in conjunction with their stewardship of major museums, and in the formation of private museums.

Schwartzman is also widely respected as an independent curator, most notably for Instituto Inhotim, the visionary contemporary art park set within a 5,000-acre botanical garden in Brazil. In collaboration with Inhotim’s founder patron, Schwartzman formulated the institution’s unique identity and singular decentralized architectural format, and selected the artists to be collected and commissioned. Moreover, in his ongoing role as Chief Curator, Schwartzman continues to be principally involved in Inhotim’s exhibitions, collections, programming, membership, press relations, fundraising, and publications initiatives, always ensuring that the institution’s singular character is consistently maintained and properly celebrated.

Known equally as a tastemaker in contemporary art and an authority on the art market, Schwartzman is a frequent guest speaker and panelist at The Museum of Modern Art, the Guggenheim Museum, Art Basel, and notable events around the world. Trained as an art historian with a B.A. from Vassar College, Schwartzman was a founding staff member of the New Museum of Contemporary Art in New York City and served as curator from 1977 to 1980. He has written extensively about art for publications including The New Yorker, The New York Times, Vogue, Harper’s Bazaar, Elle, Artforum and Art in America and was a contributing editor of Connoisseur. He served as a board member of Franklin Furnace from 1980 to 2000 and currently serves on the Board of Artists Space, one of New York’s premier alternative spaces, having also served as the board’s President.